Home
Preppers
The Best Bunker Is One You Design Yourself: Get Started With These Ideas
Tweet Pin It

If you look at plans for 1960s fallout shelters, you’ll probably end up laughing. Most were 8 x 8 or 10 x 10 cubes with every possible inch covered in essential items. Just the thought of spending any serious amount of time in one with a family is enough to make you want to ride out the apocalypse outside. A real doomsday shelter is large enough to hold a family for months with space for privacy, multiple forms of entertainment, and air and water systems to keep you healthy indefinitely. The old fallout shelters make fine storm shelters for tornadoes or hurricanes, but for civil unrest or outright war, you’ve got to build a more elaborate property. 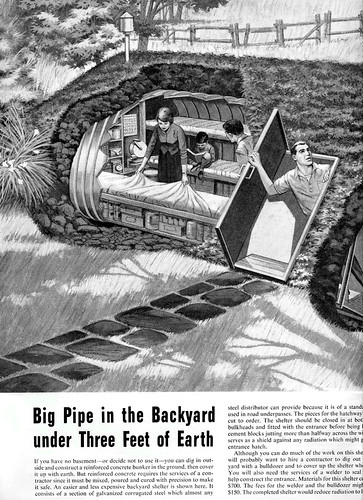 Use What You’ve Got

Building a solid doomsday bunker isn’t cheap, no matter how you go about it. The best way to afford your project is by using as many materials as you already have on hand. If you’ve got an RV or fifth-wheel trailer, you’ve got the makings of a fine bunker home. You’ll still have to dig the hole and line it with cement as you would any other bunker, but the interior, electric and plumbing are already installed for you. You’ll cut at least half the time building your shelter, and you already know it’s a comfortable space in which to live. This idea is so viable that Vivos created an entire RV resort deep underground, designed as the ultimate survival shelter.

The best way to create a doomsday bunker that fits your needs is to design it yourself. Multiple rooms, more than one level and rooms with designated use are all possibilities when you make your own building plans. If you have several children in the group, you may need to create extra bathroom facilities. Custom rubber molding from Apple Rubber can be created to cushion ducts between bunker sections, creating a vital airtight seal. One-size-fits-all definitely doesn’t cut it, especially when you’re talking about a shelter that will house your group for a month or more.

Your doomsday bunker doesn’t have to be on the same piece of property as your home. In fact, it’s probably better if it isn’t. Before making any building plans, do a search within 100 miles driving distance from your home to find property for sale with usable spaces. If you live near any places with stone bedrock, you may find caves underground or even abandoned mines. Mountain property can be found with caverns existing on the land. Any cave or cavern can be retrofitted into a solid bunker, oftentimes much sturdier than anything you can build.

The first step is to disguise the entrance to discourage curious neighbors (if any), but you can do this in a year or less with fast-growing vegetation. Run electric wiring, plumbing and a heat source into the cave and furnish it like a second home. If you’re lucky you’ll find multiple rooms, which is the best kind of long-term doomsday bunker structure. 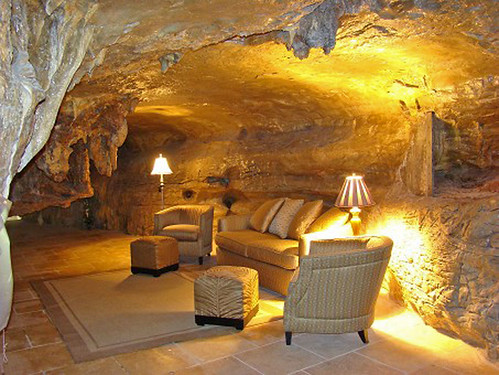 Author’s Bio: Michael Redman – is a single dad of two boys living in the Southwest. He runs his own social media and marketing business and coaches Little League.